You are not connected. Please login or register

Hey all, my real name is Ryan. Im currently a 2nd year uni student studying psychology and philosophy, and work part-time at a supermarket. Ive always loved cars, my love affair started with exotics such as ferraris, lamborghinis etc as I was growing up and then moved on to jap cars such as skylines. Since then I have seen the light and now love a good bit of muscle and have really taken a liking to the early commodores (mainly due to Chrissos immaculate vb!). Besides cars, I love martial arts, movies and music.

So the story goes that one night I was up late and was bored on my laptop so I decided to hop on ebay. I was just having a look at what cars where up for sale and I came across a clean looking VB. The owner was selling it as his wife wanted something newer and automatic. Three days later the swap for my old VS was done and I found myself driving home in a nice clean VB!

Once I got it home I had a good look over the VB and it has to be said that the car is in amazing condition. The interior is extremely clean and is nearly all original. Besides a couple of small cracks in the dash pad and a couple of easy to repair rips in the leather seats seam, the interior is spotless. Even more amazing is the exterior of the car as there is only a few small spots of surface rust and no structural rust anywhere. And to think it originally called Tassie home!

Mechanically the VB was in excellent condition with recently overhauled brakes and suspension, and a nice healthy engine and gearbox. However the car was suffering from a power steering fluid leak, idled rough and was experiencing run-on when shutting down the engine. I will get these issues sorted asap so that the car has a clean bill of health and modification can begin! The only other issue I wish to sort out is to put a quieter exhaust on the car as the current one is simply too loud for a daily driven car even though it sounds amazing!

The plan for the VB is to keep it reasonably original appearance wise but with some cosmetic enhancements to make it look a bit cleaner and sharper. With the interior, again I aim to keep it relatively standard but with a few modern creature comforts thrown in. Mechanically I want to get the car completely overhauled to modern standards and putting out some decent power, not monstrous amounts, but enough to keep me entertained! The car is going to be my daily driver come project car and will also hopefully be a bit of a long-term investment as these early birds are just going to get rarer and increase in value!

Now for some more information on the car currently (i.e. as purchased) and my future plans for it. Progress will unfortunately be slow in this space due to a massive lack of funds at current, however this gives me plenty of time to plan out what I want to accomplish with the VB.

Hope you guys like the car and enjoy the progress, even if it is slow! Ill be asking plenty of questions throughout the build so feel free to give me some advice and any suggestions you come up with. Cheers!
_________________
Ryan
My Ride: https://streetholdens.forumotion.com/vb-vk-f40/ryan-s-vb-daily-project-t27.htm#185
contact me and the moderators at: street-holdens@live.com

SUPER MODERATOR
Posts : 117
Join date : 2010-11-03
Location : Adelaide, SA
the power steering issue is getting fixed tomorrow, its just leaking lines so nothing serious. i'm also waiting to hear back from a workshop for a quote to have the carby tuned properly on a dyno with a new ignition-off solenoid installed to stop the run-on issue.

then i will be fitting an alarm and some 4" speakers into the kickpanels and will then begin modifying the engine and organising a 5 speed gearbox swap!
_________________
Ryan
My Ride: https://streetholdens.forumotion.com/vb-vk-f40/ryan-s-vb-daily-project-t27.htm#185
contact me and the moderators at: street-holdens@live.com

where are your car pics bud????

SUPER MODERATOR
Posts : 117
Join date : 2010-11-03
Location : Adelaide, SA
the car pics will be up momentarily. unfortunately i've been so busy since the car i haven't been able to take it for a decent photo-shoot yet to get some good quality pictures of the car. i'll probably pop up to windy point in the hills in the next few weeks to get some better photos than the ones i have currently
_________________
Ryan
My Ride: https://streetholdens.forumotion.com/vb-vk-f40/ryan-s-vb-daily-project-t27.htm#185
contact me and the moderators at: street-holdens@live.com

SUPER MODERATOR
Posts : 117
Join date : 2010-11-03
Location : Adelaide, SA
pictures as promised. they are only the ones i pinched off the previous owner's ebay ad though and as such aren't the best ones!


side angle with bonnet up: 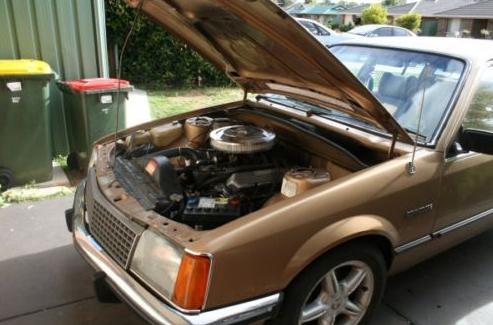 same angle with bonnet down: 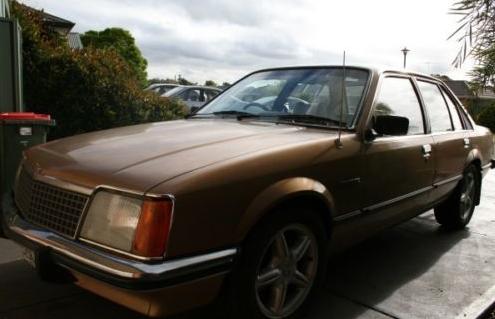 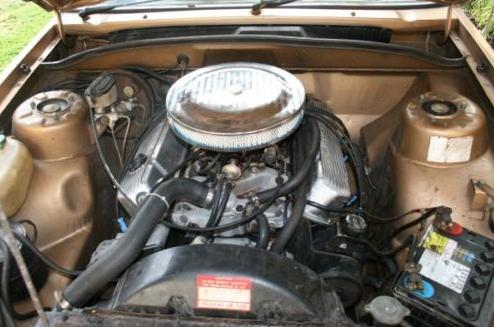 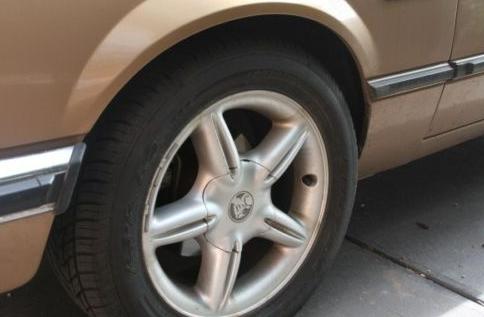 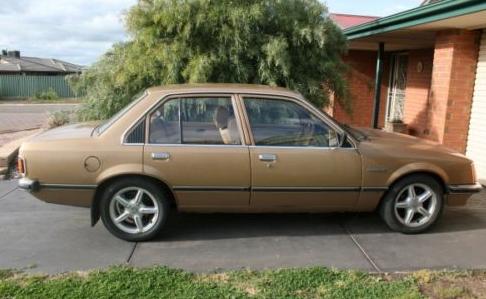 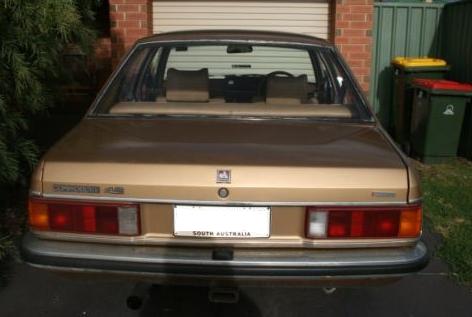 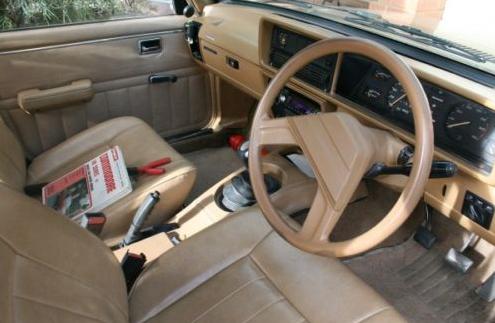 SUPER MODERATOR
Posts : 117
Join date : 2010-11-03
Location : Adelaide, SA
got the power steering fixed today. basically the two power steering lines had slowly worn themselves out from rubbing against eachother and the engine oil sump. new lines were fitted and the leak is gone! the guy even charged me $75 less than the quoted price! result!

im also going to start looking into an alarm system next week. as this is my daily drive i want to make her secure from those thieving scumbags out there! i know a determined thief would take her anyway but at least an alarm system provides some sense of security as well as remote central locking which would be nice =)
_________________
Ryan
My Ride: https://streetholdens.forumotion.com/vb-vk-f40/ryan-s-vb-daily-project-t27.htm#185
contact me and the moderators at: street-holdens@live.com

Injection is Nice, But id Rather be Blown!

SUPER MODERATOR
Posts : 117
Join date : 2010-11-03
Location : Adelaide, SA
yeah im loving the v8 thump! sounds pretty nuts even on half throttle at 3-4k rpm haha. im still trying to get over how good the condition of the car is. the body work especially, seriously, no structural rust, only surface rust. amazing from a 30 year old car, even more so from a tassie car! even the boot floor is rust free!
_________________
Ryan
My Ride: https://streetholdens.forumotion.com/vb-vk-f40/ryan-s-vb-daily-project-t27.htm#185
contact me and the moderators at: street-holdens@live.com

thanks mate, im really happy with it. cant believe my luck, the only first gen ive been to look at and it was in as good as condition as it could get
_________________
Ryan
My Ride: https://streetholdens.forumotion.com/vb-vk-f40/ryan-s-vb-daily-project-t27.htm#185
contact me and the moderators at: street-holdens@live.com

SUPER MODERATOR
Posts : 117
Join date : 2010-11-03
Location : Adelaide, SA
not much in the way of an update but meh who cares?? i will almost definately be picking up a parts car this week for $300. its a 1979 VB 202 automatic. Obviously i will be ripping out the 202 and tranny and selling them off, but all of the interior (minus dash and centre console) and body panels will be coming off the car and going into the shed as spares. anything thats no use to my VB will be sold, so *fingers crossed* the amount i sell the 202 and associated parts for will pretty much pay for the car and will mean i will be getting a ton of parts for free essentially. to make it even better, the interior is leather and is the same colour as mine so i will be able to replace any interior parts over if needed.

on another note, the previous owner is currently hunting around for the roller rocker and cam specs for me so that i can find out what they are.

what do you guys think of the edelbrock 308 intake manifolds by the way?? im thinking of buying one if its going to be worthwhile. im starting a new job at the weekend which pays $7/hr more than my current job so i may have some reasonable cash to pump into the old girl!
_________________
Ryan
My Ride: https://streetholdens.forumotion.com/vb-vk-f40/ryan-s-vb-daily-project-t27.htm#185
contact me and the moderators at: street-holdens@live.com

also, thanks to VLC86 in the chop shop, i have decided that when the car eventually gets paint (many, many years away) it will be getting a dark purple colour. the exterior will also receive a full HDT bodykit, dark window tint, tinted indicators and taillights. i like the current ride height so there will no change there. of course all the chrome will get redone

SUPER MODERATOR
Posts : 117
Join date : 2010-11-03
Location : Adelaide, SA
i updated my sound set up yesterday, i now have 6" 4way speakers in the parcel shelf and 4" speakers in the kickpanels. much better than the old set up and cost me peanuts! but man the kickpanels were a pain in the ass to modify...
_________________
Ryan
My Ride: https://streetholdens.forumotion.com/vb-vk-f40/ryan-s-vb-daily-project-t27.htm#185
contact me and the moderators at: street-holdens@live.com

SUPER MODERATOR
Posts : 117
Join date : 2010-11-03
Location : Adelaide, SA
id maybe lower it but i think the height its at currently is good as it my daily driver so i cant have it too low otherwise it becomes impractical.

originally it was leaking so much that i was filling up the reservoir every day. the reservoir is half full now and its been 2 weeks since i had it fixed. i noticed a few drops under it the other day but figured they were properly old ones. then today i reserved onto the driveway and messed it up so had to straighten up and then noticed a lot of drops following the car for say 50m.

also to make the current leak even more confusing, it only appears to leak after a long drive say 45 minutes or after i give it a bit, say 4-5k rpm whereas before it leaked regardless.

im going to take the vb back to the mechanic and get them to rectify the issue and i am going to refuse to pay any further costs as they didnt fix it the first time round properly which is what i asked them to do. anyone think this is unfair of me??
_________________
Ryan
My Ride: https://streetholdens.forumotion.com/vb-vk-f40/ryan-s-vb-daily-project-t27.htm#185
contact me and the moderators at: street-holdens@live.com

SUPER MODERATOR
Posts : 117
Join date : 2010-11-03
Location : Adelaide, SA
small update: have some vk mirrors with the interior trim on the way so i can ditch the ugly/useless vb mirrors. will also be treating the vb to some interior cosmetic upgrades soon. have ordered a remote central locking kit, woodgrain old school style steering wheel, black leather gear knob boot shift cover, black alloy grill style pedals and am also trying to hunt down an original gear knob. im trying to touch up the interior a little cosmetically whilst trying to retain it somewhat original looking
_________________
Ryan
My Ride: https://streetholdens.forumotion.com/vb-vk-f40/ryan-s-vb-daily-project-t27.htm#185
contact me and the moderators at: street-holdens@live.com

Injection is Nice, But id Rather be Blown!